So, my first notebook piece (that I assigned myself) is late. As the professor, I have given myself an extension, however, I will have to dock some points off of myself because of this gross disregard for my own rules. 🙂

I have decided to do 5f, and here is the prompt: 5f. Collect several images that interest you, related in some way to your issue (the relevance can be tangential, as long as you feel it). Then write something that connects the images, one to another. You can think of your connections as a story (one thing connected to the next), or as a web (everything cross-connected), or as a square, with two sets of opposites, or as a circle (ideas leading back to the place you started). 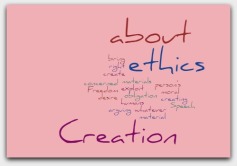 Creative People – A while ago I wrote a blog post on Mr. Rogers, and began to do a series on creative people.  When I study the lives of uplifting creative people, I tend to be filled with ideas and motivation. Perhaps sparks of creativity are contagious? Then, does creativity from another beget creativity? Does it give us some unconscious permission to do? (And why do I feel that I need some sort of permission or validation to create, but more on that later.)  Or is it that when I see how others  create, it gives me a hope that I can as well? Is there a quantitative way to study this idea?

Ethics of Creation – I’m not arguing about a person’s right to create whatever material they desire (i.e. Freedom of Speech). What I am concerned about is the ethics of creation. The moral obligation that we should bring to creating materials that do not exploit humans. Example – Hugh Hefner – can he create porn?  Yes. Should he? When this material ( Hefner’s first playboy magazine was released in Dec. 1953) has lead to objectification of women, and as the materials have lead to darker and more violent types of “entertainment” these have led to sexual exploitation and domination of women and in more recent years children and has become fuel for the sex-slave industry (see Our Rescue, Elizabeth Smart, Fight the new Drug, and Cambridge study).

I could go on a similar exploration of links between the violence in media and video games and its effect on society. Or creating product that destroys health or leads to addiction (think cigarettes, overly processed foods, gambling, etc). The guiding question here is – should we create things that in some way exploits others, or in other words, leads to the exploitation of humans?

I tend to believe that the human race can do and be more. There are so many creations that build and uplift mankind – the arts, medicine, invention. We individually decide what use we put to objects, and we collectively determine what the markets are by our dollars. We can achieve so much more if we build rather than destroy (and if we must destroy something, let it be to build up something greater to benefit man). 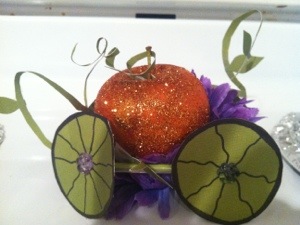 Creativity without (or with very little) money– [which is an exercise in creativity all itself ;)] Sometimes I will just stop myself or my children when they begin to describe what they need to create a project and we will begin to brainstorm about what we have and how to use it (see a series of posts I wrote on creating on a tight budget).  When did we stop using what we have available to us? Think about all that we can do  – Writing is free. Some art can take very minimal supplies. Art from nature. I remember reading once about creating music out of the world around us – the idea that anything can make music. 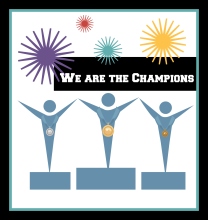 Creativity without remuneration – Does it matter that I don’t get anything back? Especially in the Arts, do I need feedback or money to entice me, or can I create for myself and family? I’ve noticed that the more I create, the more I don’t care. I just love the process and gain more confidence in my abilities.

Creativity in areas other than the Arts – This is an area that many don’t agree about. I personally don’t believe that creation is only about the arts. For my definition I will be talking about creation in problem solving, engineering and ingenuity. Have you seen the glow in a builder’s eyes as they walk into Lowes? 🙂  Or Office Max? Or a thrift store? It’s the same wonder and excitement as those who get giddy walking into Michaels. Beyond that, can you believe the wonders that are coming out by forward thinking companies with creative engineers? I am in AWE of the ability we have as humans to create.

Can all individuals create? – I believe that everyone has within them the ability to create.I think that it just needs to be encouraged and practiced.

Teaching Creativity to Children –  Picasso is attributed as saying  “Every child is an artist. The problem is how to remain an artist once he grows up.” How do we encourage them to continue?  Ideas: Teach them new techniques, supplies, and opportunities. Immerse them in creativity. Encourage creative problem solving and thinking. Lavish praise (deposits) but be honest and teach them how to use and appreciate constructive critiques. Teach them to try again, to learn that failure is temporary and part of learning and growing  (can even be an opportunity)- depending on our attitude! And teach them to practice, practice, practice! I once heard an artist talk about being given a stack of papers to practice one stroke over and over until her hands had memorized the movement. 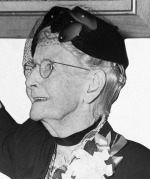 To Adults – Grandma Moses began to paint at age 78.  Let us learn to not only be continuously learning knowledge but skills as well. Now, a person can get a total education online.  Remember the term “self-educated man”? We can do that. Never stop learning! An art teacher once told me that many people have 6th grade art ability because that’s when they stopped drawing, so pick it up and start again in whatever you enjoy – piano, guitar, cooking,  chess – whatever ! – don’t let the voice of critics stop you.

Balance between Create and Consume – [Picture of child with phone.] Computer solitaire is  a fun game, so is scrolling down my Facebook news-feed, but I have found that I need to make sure that I’m doing it intentionally, after I have finished my to-do lists and my creations – with a timer set, so I’m not finding myself up at 2 am watching re-runs of Fraiser. Families used to create together, it was second nature. There was no TV, so they would have family concerts, readings and plays. For example, in the books  Little Women and Anne of Green Gables the characters would perform plays, concerts, poems, go to dances and dance (rather than sit at the dance, faces buried in phones).  The Bach family picnics, my own mother and her brother would have full musical family concerts at night. As a society, despite all of the gains from it, have we lost something in technology? Can we gain it back?

Uplift from consuming the creations of others – But on that last note, I’m not suggesting that we never consume. It’s a balance. There is creation that takes my breath away, stops me in my tracks, brings such an emotion to my heart that I cry. When I spend my time in media, on the internet, in thought, I want to spend it on things that are worthwhile and uplifting and not a waste of time.

Johann Sebastian Bach: (aged 61) in a portrait by Elias Gottlob Haussmann, copy or second version of his 1746 canvas. The original painting hangs in the upstairs gallery of the Altes Rathaus (Old Town Hall) in Leipzig, Germany.